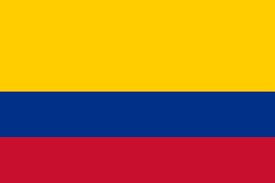 As one of the most well-known coffee-producing regions in Colombia – Cauca boasts a stable microclimate, ideal for coffee production. The towering Andes mountains, and proximity to the equator allow for these prime coffee-producing conditions. In 1537, Sebastián de Belalcázar was travelling north in search of the mythical treasure of El Dorado. Instead, he founded Popayán, a town known for its beautiful colonial architecture, poetry, and art. This area is the location of the Condór warehouse, our purchasing partners, and where the various producers from the Piendamo municipality transport their crop.

Our exporting partners in Colombia work with a collection of smallholder producers in Cauca to assist with exporting high quality coffee. Later deemed the capital of Cauca, Popáyan is located within the Pubenza Valley and has significantly contributed to Colombian culture and politics. It is rumoured that Piendamo was the first coffee-producing community of Cauca, and still maintains its cultural production. Prior to the Spanish arrival, local indigenous populations called the Nasas populated these valleys. The tribes were able to preserve their culture and tradition throughout the Cauca department over time and still maintain traditional methods of coffee production today. Other indigenous communities include the Paeces, Misak and Guambianos.