I am sitting at Sao Paulo Guarulhos, almost exactly a month since I left the UK on this Brazil Trip. So now is as good a time as any to get this trip report written.

Strike while the iron is hot.

Some innovative varietals and processes led to some ”Not Brazil-like” top coffees: After Cup of Excellence, I embarked on two back to back client Field Trips.

We visited and stayed at Samambaia, Carmo Estate and the incomparable Ipanema Rio Verde estate. Brazil is seen to be the ideal espresso base blender, caramel, nutty, sweet and consistent, etc., but many lots are much more than that. We all know the estate grade 82/83. All I can say is that, from the production and source point of view, I have never seen an operation so modern, well thought out, and precise to deliver quality coffee consistently as Ipanema’s Rio Verde farm. From 1300-1400m altitude, the Premier Cru programme will reveal lots that do reflect the single word taste descriptor on the label. Every client who has Kopi Luwak, JBM, Galapagos Islands, Jacu Bird or any other distraction in their inventory should be directed to Quality First programmes like Cup of Excellence and Ipanema’s Premier Cru for their headline, remarkable, outstading purchases instead of gimmicks and animal cruelty brands found so readily elsewhere. Since Premier Cru is based on lengthy conversations I have had (and our Whisky Tours) with one of the Ipanema shareholders – I repeat here the Johny Walker range of whisky prices which ARE NOT taste multipliers although they ARE price multipliers:

Johny Walker Blue Label £135 – does not taste 4 times as good as Black Label; but it is fantastic and I drink it.

This is why a £10/kg super fine selected coffee should NOT any surprise because the rest of the value is rarity, selection, scarcity, exclusivity AND it does taste better.

Samambaia we had an intense couple of days visiting this sprawling farm (it is not one contiguous estate), including Campo Alegre and cupping at San Coffee. Carmo Estate was a lovely visit much enhanced by Tulio’s generous hospitality.

This cycle featured the vast Rio Brilhante farm, the biggest cotton producer in Brazil, 1600ha of coffee, and I believe 10,000 ha in all. It took us 20-30 minutes to get OFF the farm when we left for Araxa. It is vast, fully mechanised, and can produce some very fine lots. The very interesting part of Cycle 2 is that we had been at 5ha Sitio Serra Y Leite the day before, illustrating in the starkest terms that Brazil includes the behemoths and the smaller family farms. There is no one size fits all in Brazil. Fazenda Passeio is 200ha of coffee, NOT mechanised because it is too hilly, and is a medium family farm by Brazil standards but huge most anywhere else.

The 2020 Brazil crop, from a top-down perspective, may well be the biggest of all time. The flowerings recently were huge and uniform, the fruit set potentially super abundant, the weather conditions until now ideal. If Brazil weighs in with the 70m bags foreseen, it will keep the commodity market depressed and may finally get people to think twice about these absurd Climate Change Will Kill Your Favourite Morning Beverage stories.

Kenya and Tanzania and Rwanda are likely around 10 bags ha. Tiny yield improvements would reveal vast new production from the same acreage. I loved a statistic that was presented at the recent Swiss Commodity Coffee Dinner.

Brazil produces 4 times as much coffee on HALF the planted land as 1961. Read it again. Half the acreage planted in coffee, four times the production. If climate change wipes out coffee, believe me, we will have a lot more to worry about than our favourite morning beverage – wheat, water, and rice and starvation will be the issue of the day; not coffee. Also, having the chance to fly 1.5 hours (still not leaving Minas Gerais) reveals the insane and vast and incomprehensible scale of this country. Cambraia (Samambaia) just planted 200 more ha. of coffee in the worst market of all time (potential production from this new section at least 8000 bags). Vast tracts of Brazil are not planted with anything.

Besides enjoying a week of non-coffee non-vacation in Aracaju, I come away from Brazil as usual filled with the scale of this country – I looked 4km in either direction on a pristine beach in the North East and saw not a soul. We flew 1.5 hours in a small plane and never left Minas Gerais. Bahia is the size of France. USA (ex-Alaska) and Brazil are not dissimilar in size, just Brazil ”seems” bigger.

The hospitality in Brazil is also first class. It is the ideal destination for ”learner” clients and staff – you will be well attended, learn a lot, see vast farms and small, and travel in relative safety and comfort, staying in reasonable if not luxurious places and generally getting along just fine. 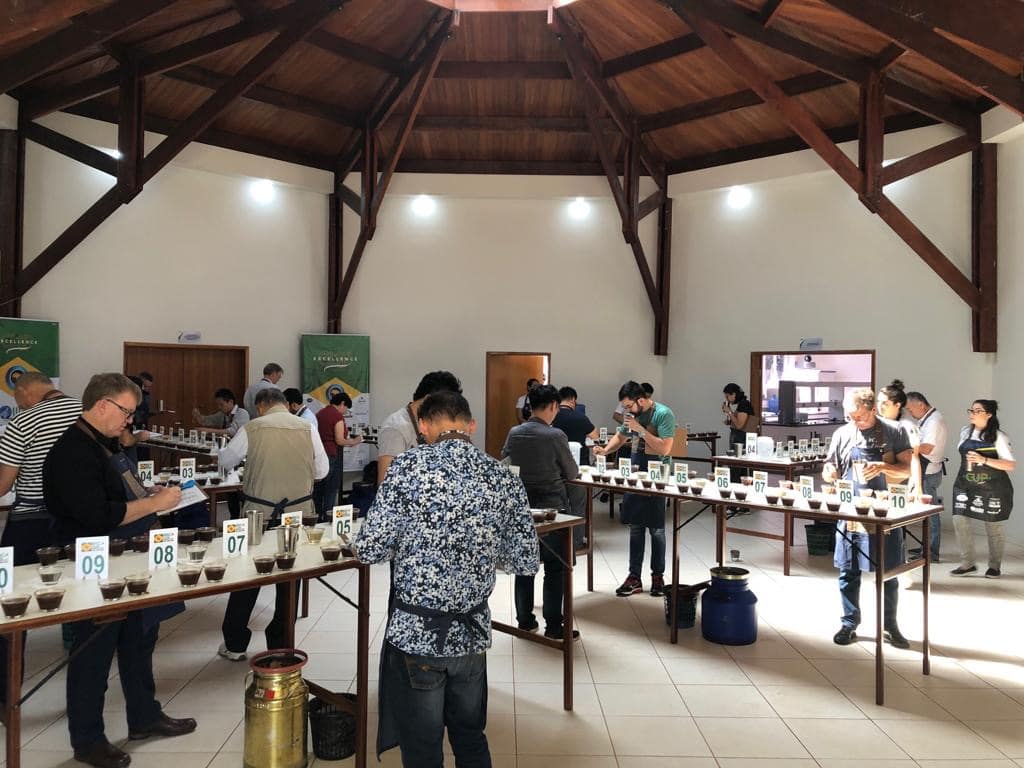 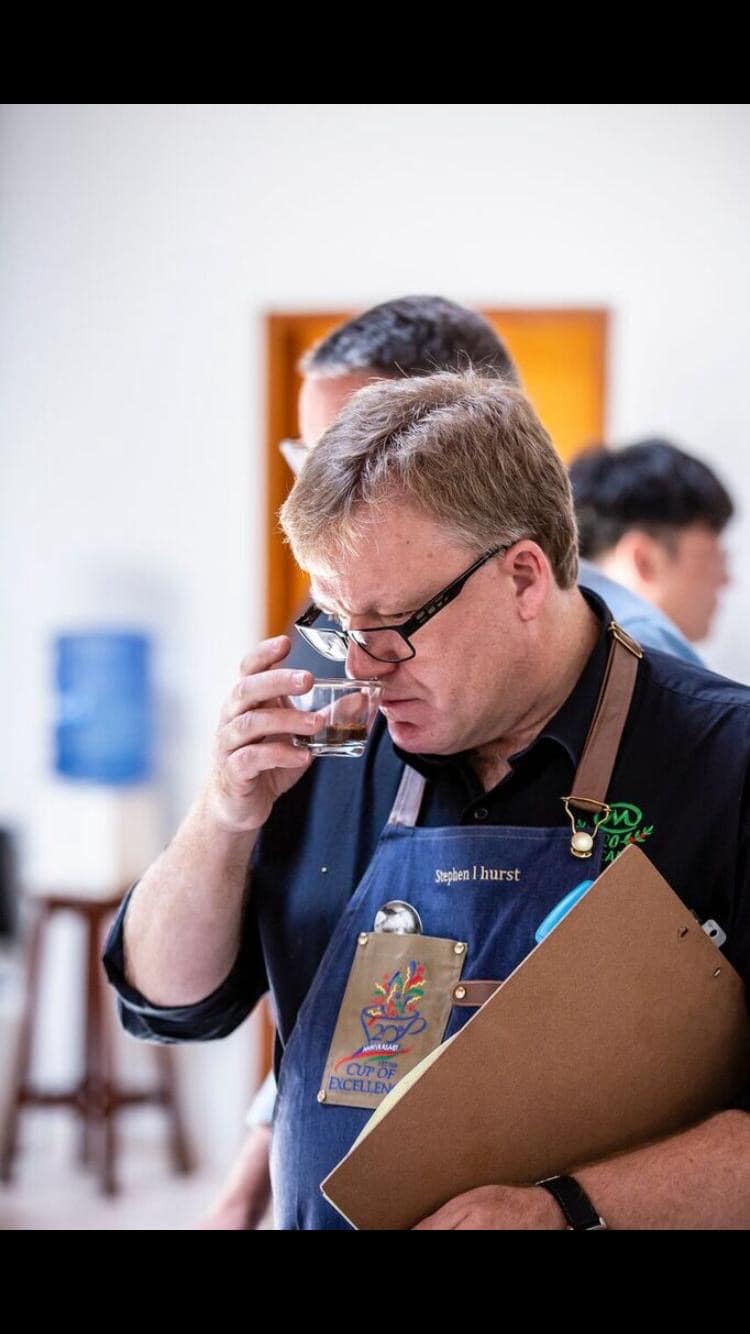 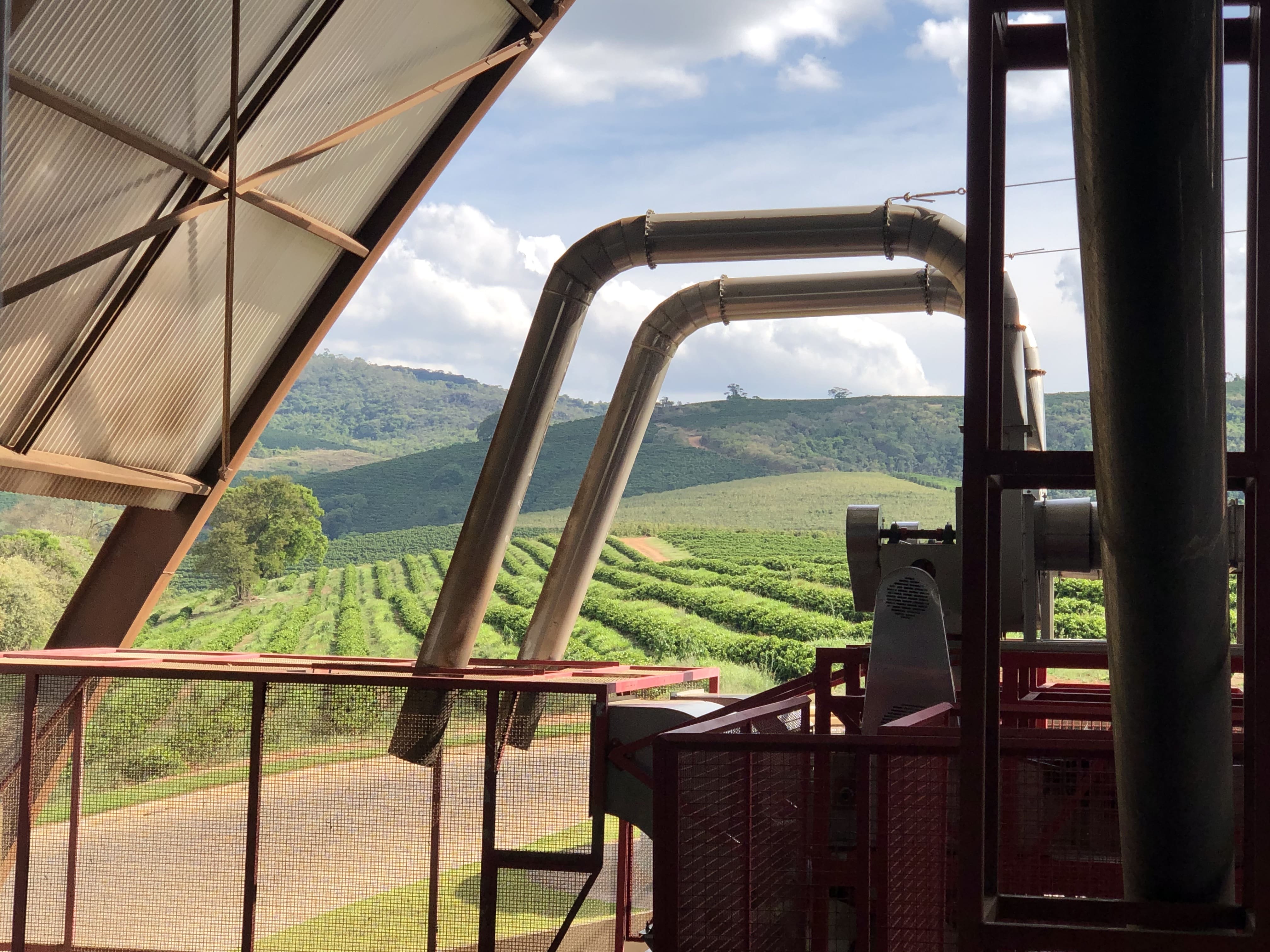 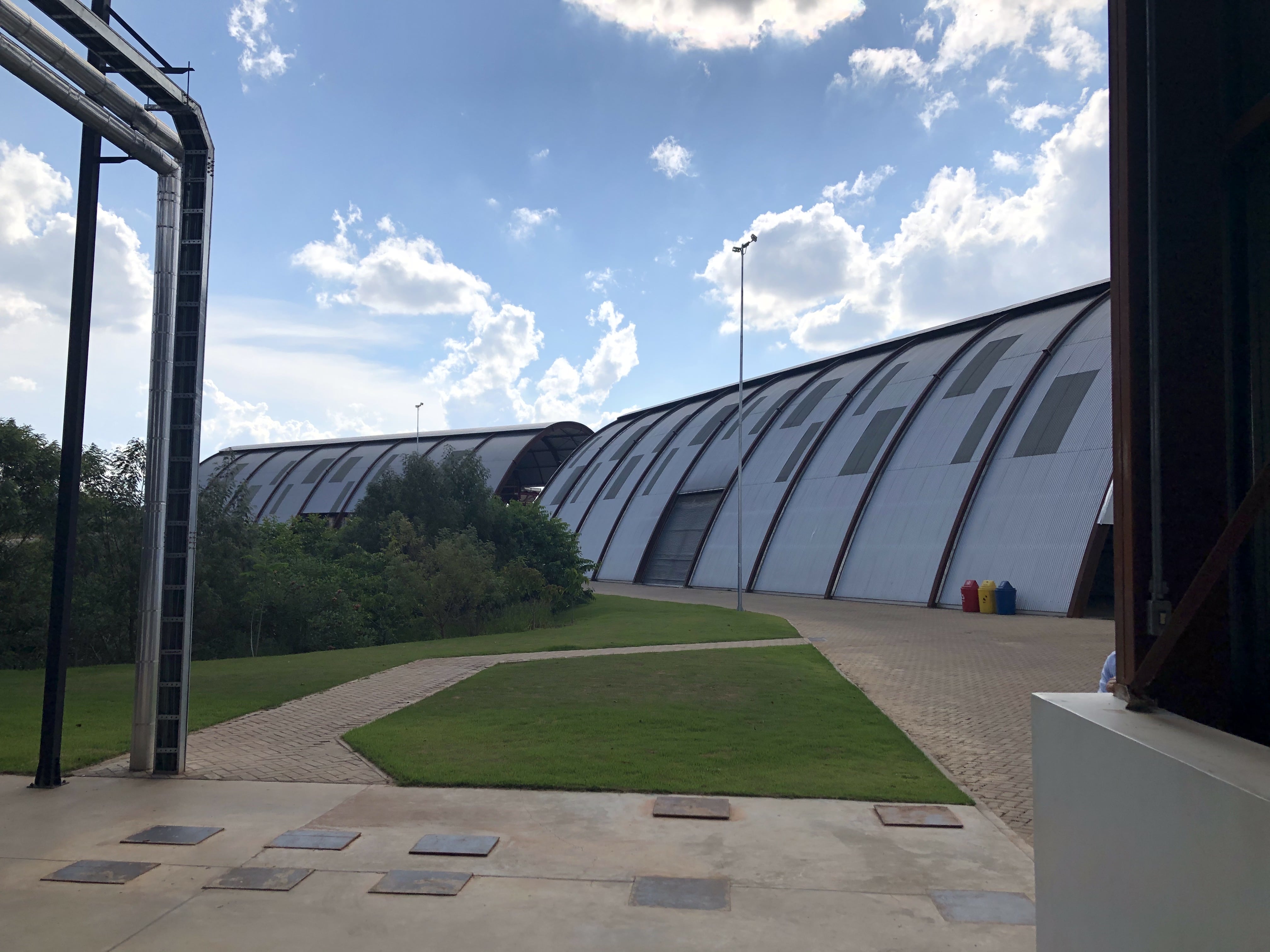 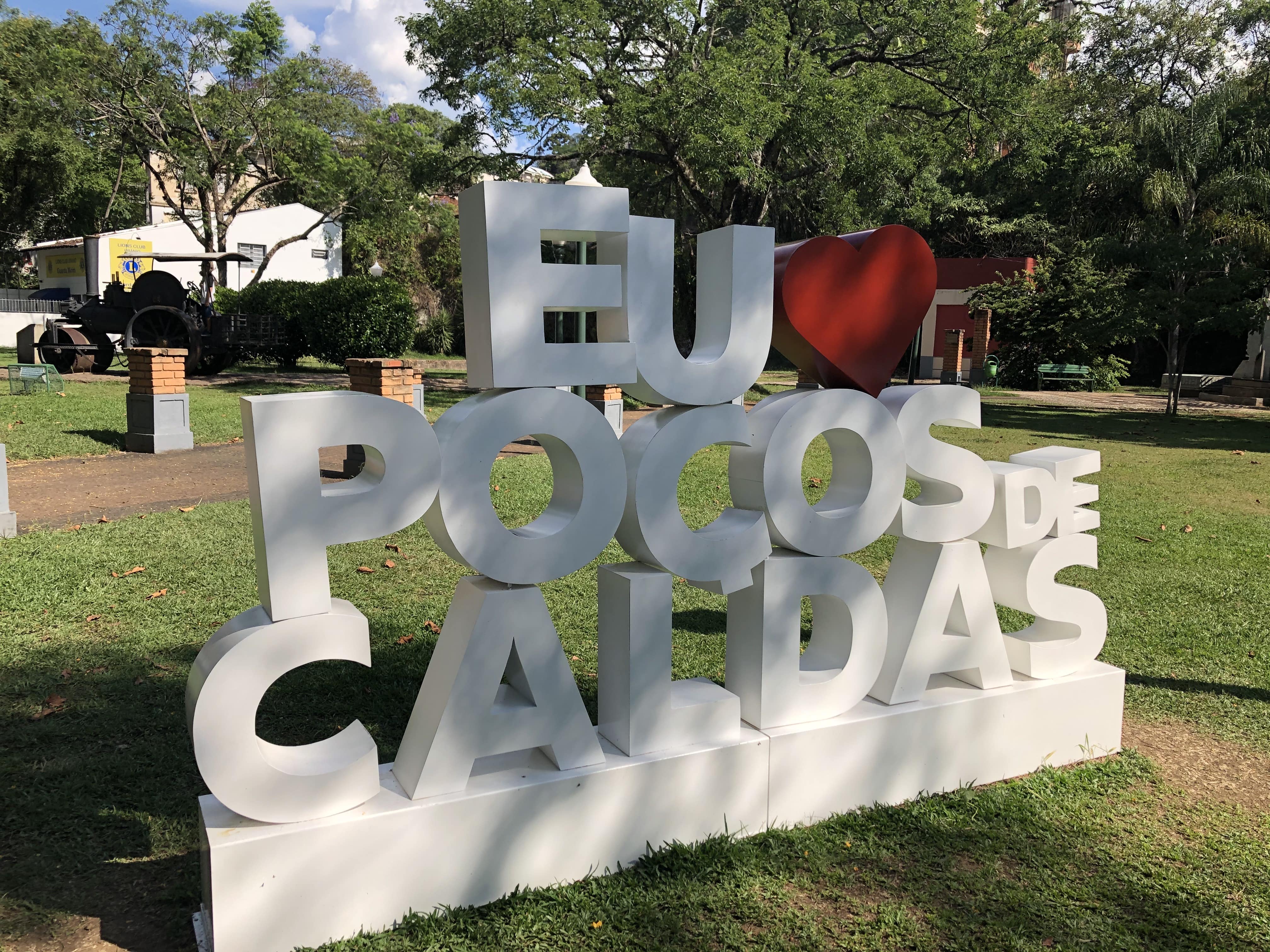 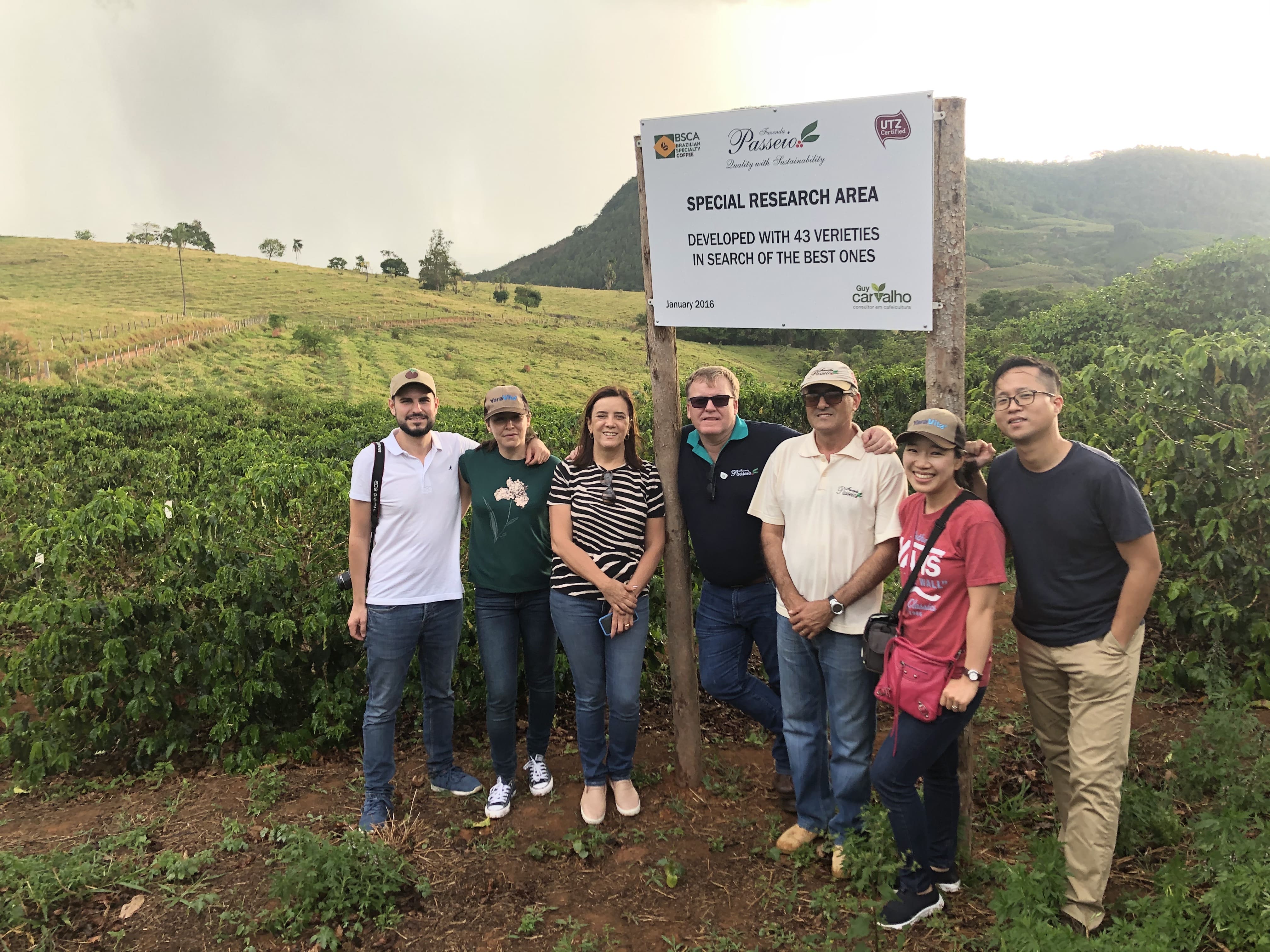 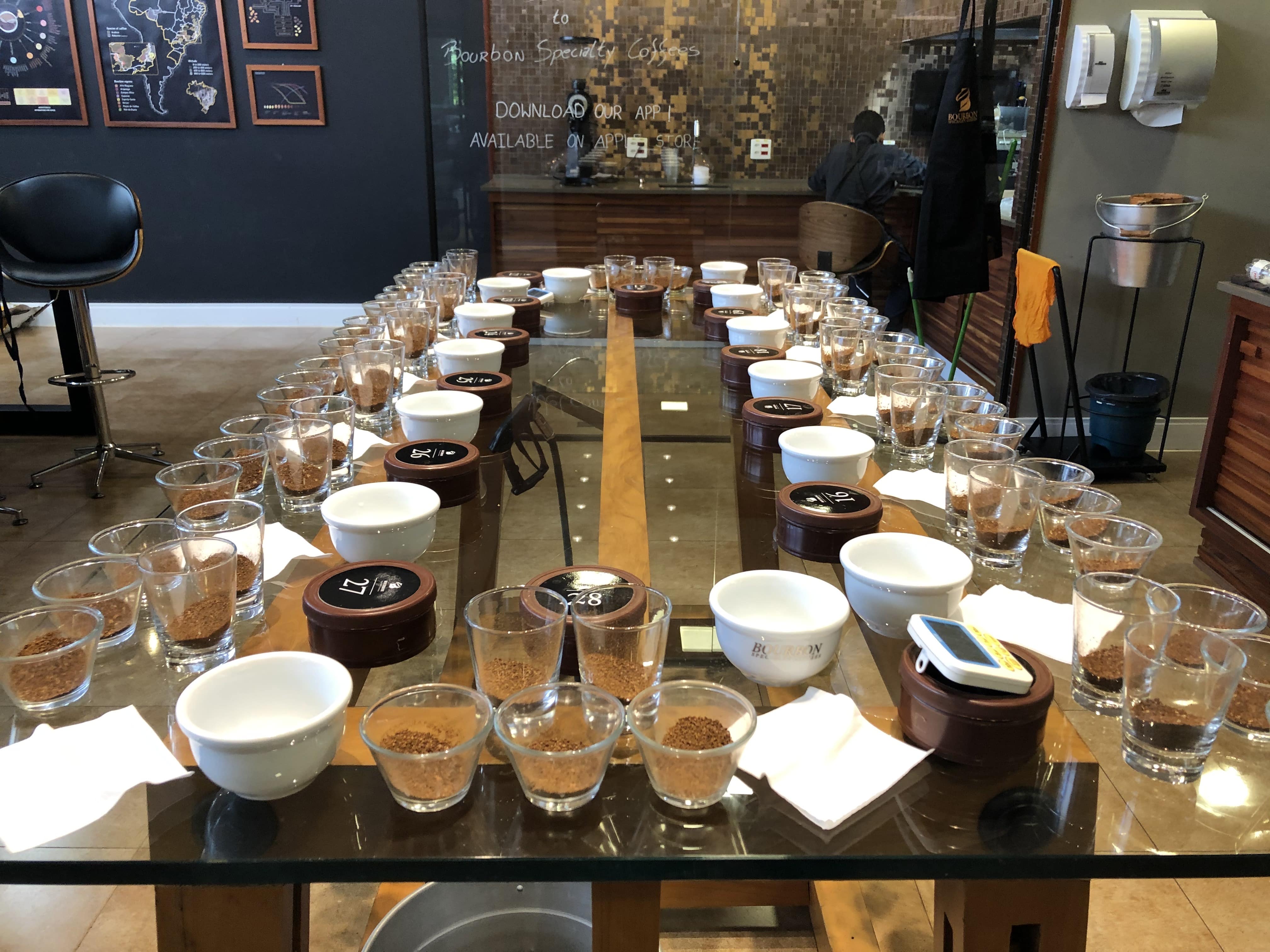 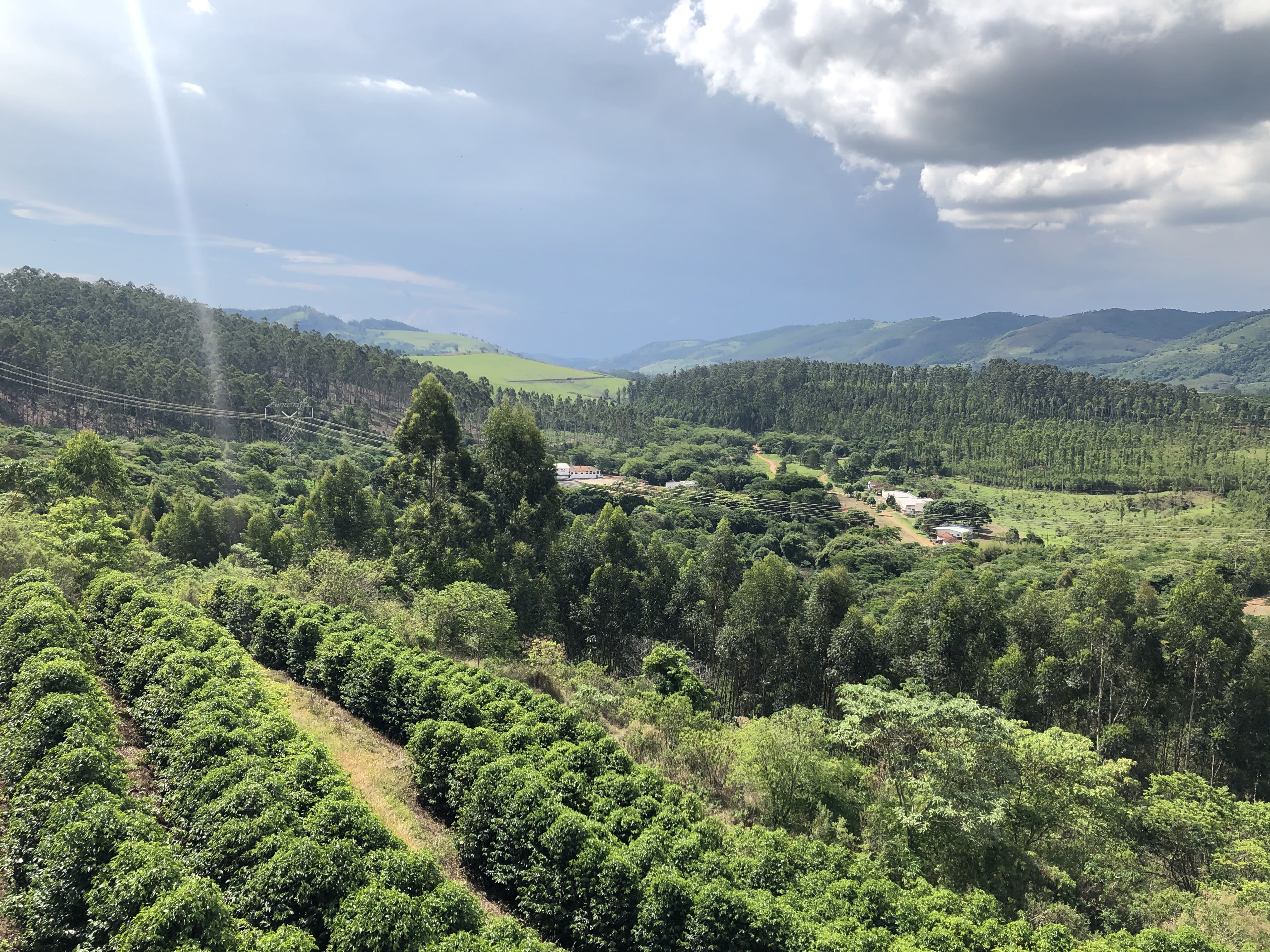 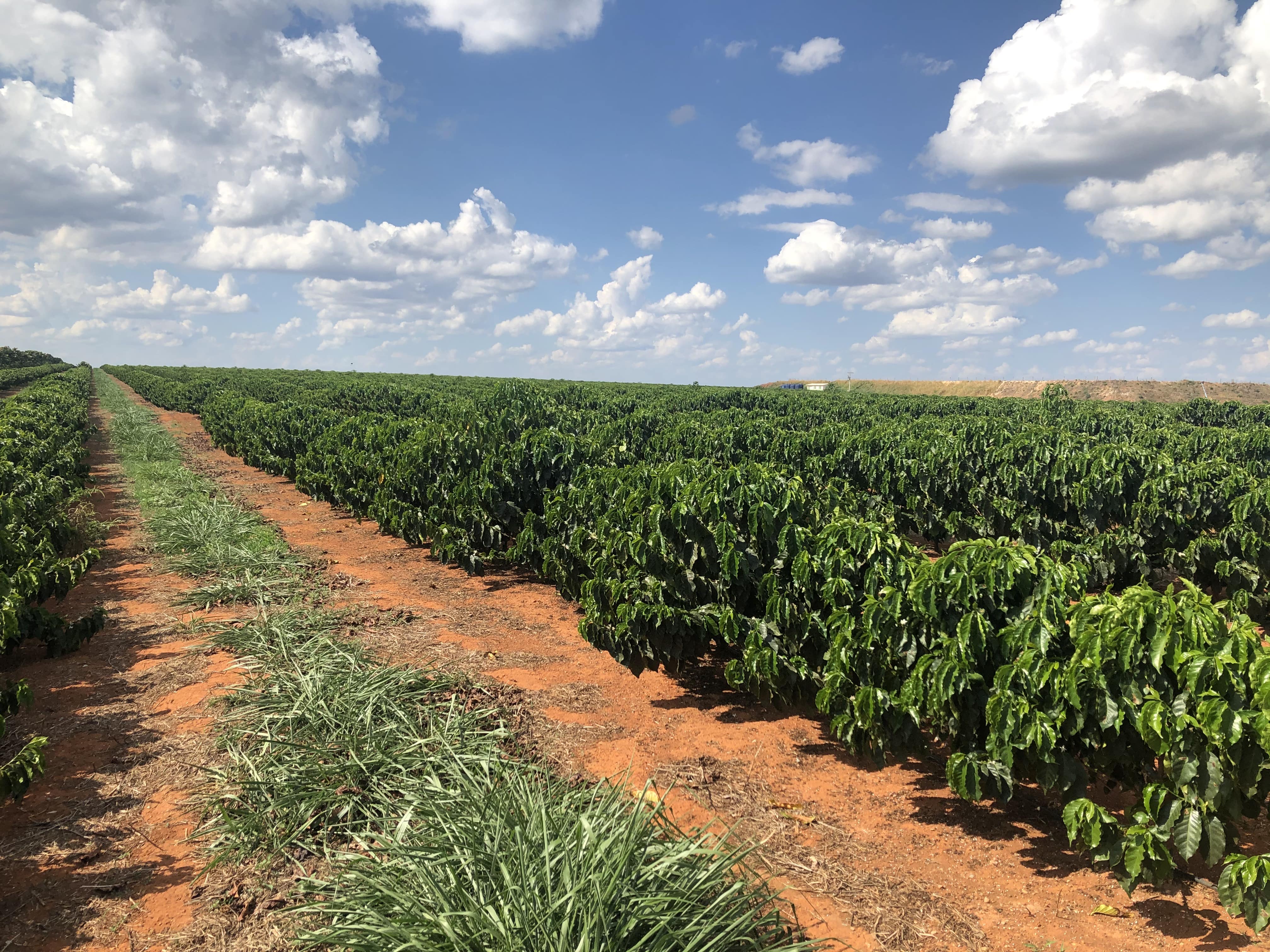 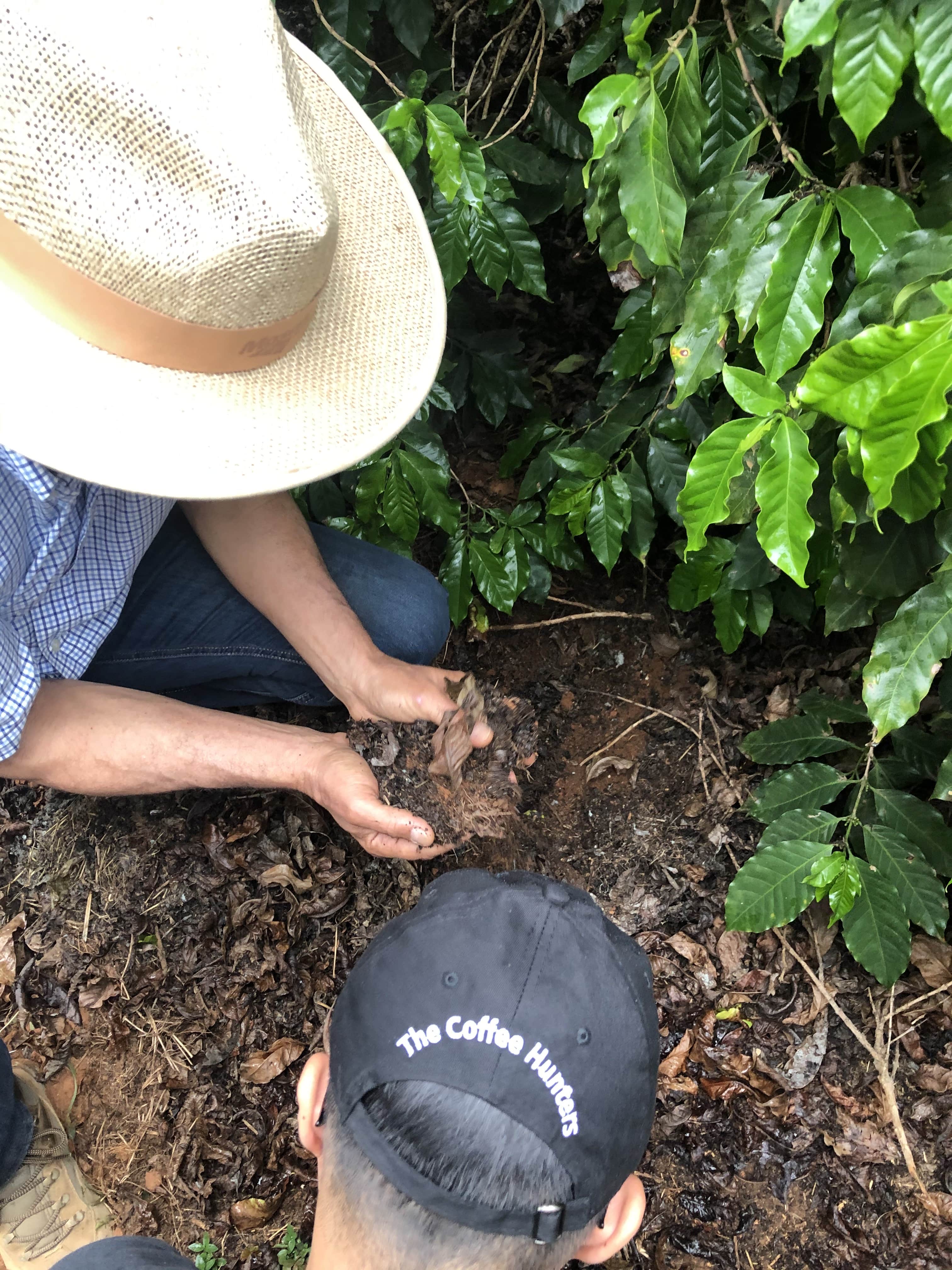 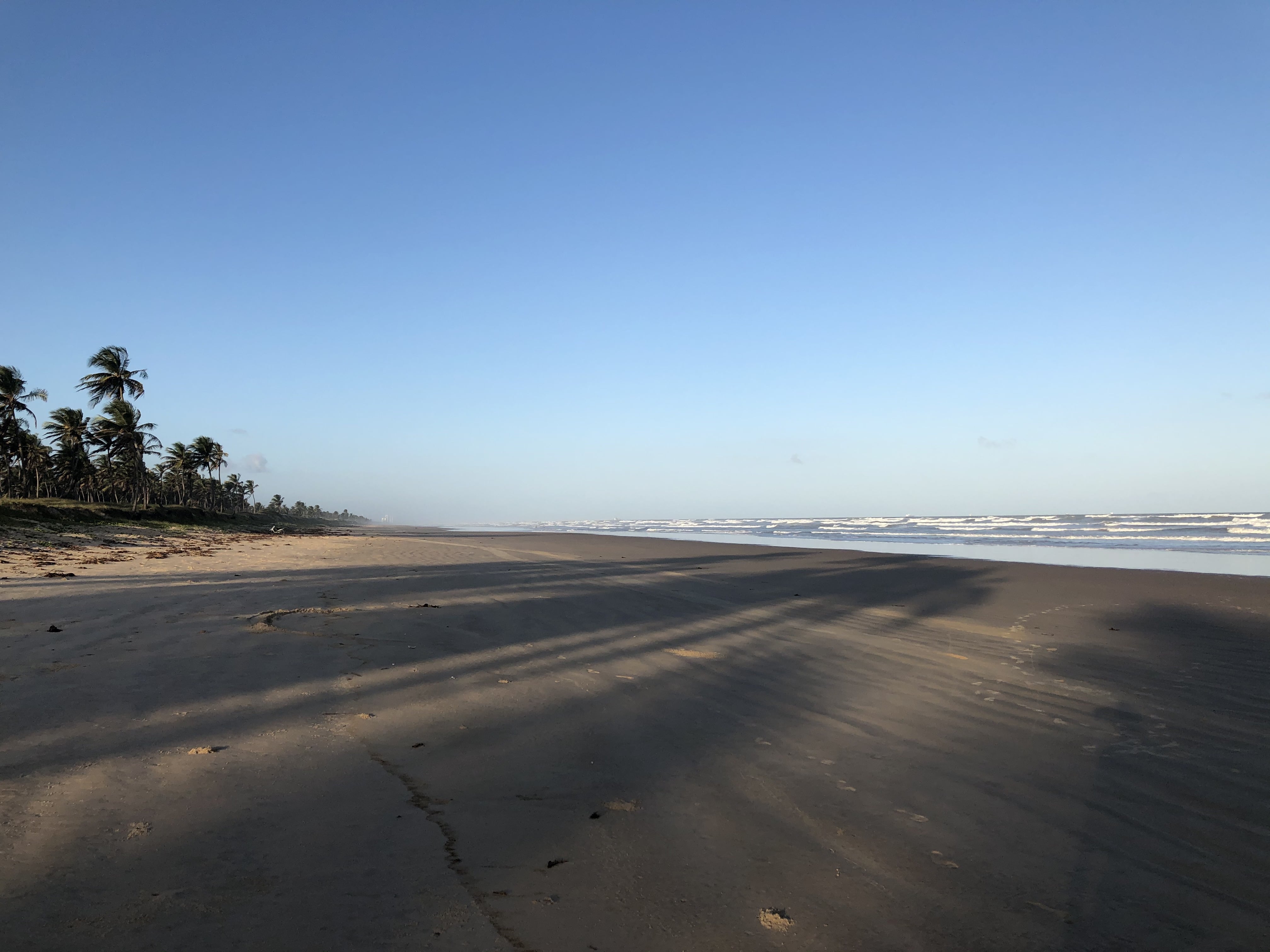